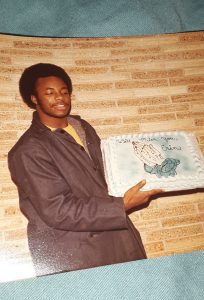 In 1988, Erin Hunter was convicted of a murder in New Orleans he claimed to know nothing about after a trial that took place in a single morning. Years later, the detective who investigated the case went to federal prison for extortion, the prosecutor remembered the single eyewitness as being of “dubious character,” and investigators suggested Hunter was set up. But Hunter remained in prison for three decades. Nicholas Chrastil reports this story for The Lens.

Photo: Erin Hunter as a young man. (Courtesy of the Hunter family)