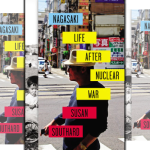 Author Susan Southard’s book Nagasaki: Life After Nuclear War, came out in 2015 and was well received by critics. Her interviews with survivors of the US nuclear attack centered not only on the tragic deaths and physical injuries, but also on the persistent feelings of “bitterness and outrage” toward the United States. The Washington Post called it the “most painful” book of the year. “From the aftermath of the explosion into the decades of physical and psychological agony that followed, Southard shows what it’s like to wage nuclear war every day of your life. This one stays with you.” In the opinion of Wall Street Journal book reviewer: “.. it is also important to understand the effects of nuclear weapons in an age when they have become vastly more powerful and have been developed by nations of dubious responsibility.”

[Reporting sponsored by The Park Foundation and The Gannett Foundation.]