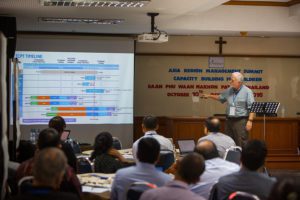 Foundations, corporations and individual Americans gave $119 billion in 2015 to religious charities. Steve Rabey, reporting for the Colorado Springs Gazette and Religion News Service, found that some of these charities aren’t very forthcoming about how they spend their money. Reporting for the Gazette, Rabey delved into the financials of some of his community’s largest ministries. But not all complied with his request for records — in apparent violation of transparency standards of the Evangelical Council for Financial Accountability. In his piece for RNS, Rabey took a broader look at financial transparency among the country’s largest religious ministries.