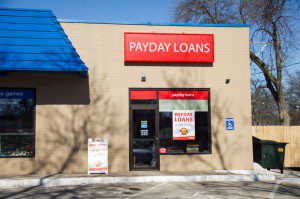 IowaWatch reports on the behind-the-scenes money in the battle to curb payday lending in Iowa:

Campaign contributions to Iowa legislators from payday loan-associated donors totaled over $480,000 between 2003 and 2013, according to Iowa Ethics and Campaign Disclosure Board data collected by IowaWatch. An additional $800,000 has flowed into the state as payday loan companies and interest groups contract lobbyists to speak in favor of the industry in the Iowa Statehouse….

“Just the concept of payday loans is atrocious. It’s usury and takes advantage of people who can least afford it and puts them in a cycle of debt,” Morrissey said.

IowaWatch also provides a behind-the-scenes look at its reporting project.