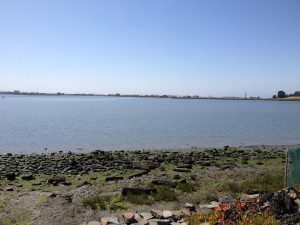 New America Media has published a special investigative report on sea levels rising in immigrant and minority communities in Northern California. In conjunction with several Bay Area ethnic media outlets, the New America Media reporters found that low income communities were particularly vulnerable, without resources to insure against loss, recover from storms, or – the most basic – to flee in the event of emergencies.

As Pilar Nino of Telemundo 48 reports:

Vital thoroughfares like Highway 101 could be flooded, along with power plants, public schools and fire stations.

That’s why special measures like new taxes would have to be undertaken by people to confront this threat, said San Mateo Mayor Robert Ross.