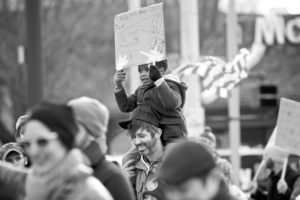 For its Unequal Justice project, InvestigateWest collaborated with the Pamplin Media Group, Portland State University’s Mark G. Harmon and independent journalist Kate Willson in analyzing a decade’s worth of court records by race. The team sifted through 5.5 million court records and reported out the unique experiences of African Americans in the Portland urban area and that of Latinos in the state’s rural expanses. The reporting discovered that blacks and Latinos were charged more frequently for such violations as jaywalking, spitting in public, traffic infractions and drug-related offenses.