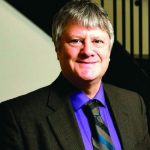 Brant Houston is the Knight Chair in Investigative and Enterprise Reporting at the College of Media at the University of Illinois at Urbana-Champaign where he teaches journalism and oversees local and regional investigative projects. Prior to becoming the Knight Chair, Houston served for more than 10 years as executive director of Investigative Reporters and Editors (IRE), a nonprofit organization of more than 5,000 members headquartered at the University of Missouri, where he was also a professor in journalism.