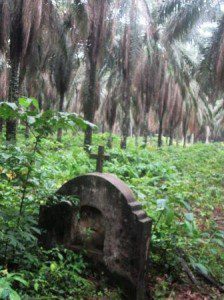 For Info-Afrique.com, reporter Christian Locka reports that a contractor working for the leading palm oil corporation in Cameroon dumped human excrement in the Mboma river, polluting water used for drinking and cooking water. The company, formerly owned by the state, is now owned by a French businessman.

Land has been taken to make way for the palm oil farms, and graveyards, schools, churches – entire villages have been destroyed.

The government, which receives money from the corporation, remains silent in the face of the abuses.