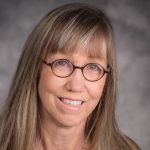 Deborah Nelson is associate professor of investigative journalism at the University of Maryland, home of the new Howard Center for Investigative Journalism. She shared the 1997 Pulitzer Prize for investigative reporting for a Seattle Times series on tribal housing and co-edited Pulitzer-winning investigations at the Washington Post in 2001 and Los Angeles Times in 2002.

Since joining the Philip Merrill College of Journalism in 2006, she has co authored series on climate change, superbugs and military housing for Reuters that won top honors from the National Academies of Sciences, American Association for the Advancement of Science, Scripps Howard Foundation, Society of Professional Journalists, White House Correspondents’ Association and National Press Club.