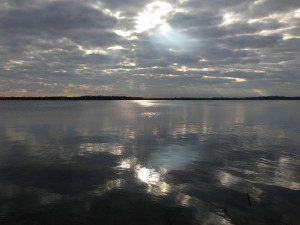 From the Wisconsin Center for Investigative Journalism, an investigation by Kate Golden of chemicals used on Wisconsin farms and feed lots that run off and pollute natural bodies of water. An excerpt:

“Despite growing evidence of risks, state and federal governments have issued little guidance on how much of these suspected endocrine disruptors in our lakes, streams and groundwater constitute danger for fish, wildlife or people. These chemicals are largely unregulated.

Wisconsin has not systematically looked for endocrine disruptors statewide. Research and regulation of them is poorly funded and loosely coordinated, according to a Wisconsin Center for Investigative Journalism review of records and interviews with government officials and environmental experts.

‘We’re not a building full of bureaucrats ignorant to the problem,’ said Brad Wolbert, chief of the Wisconsin Department of Natural Resources’s recycling and solid waste program. ‘It’s just that it’s a really big problem.’”