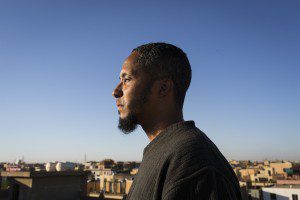 Nick Baumann, for Mother Jones, tells the story of Naji Mansour, an American citizen living abroad who refused to become an informant for the Federal Bureau of Investigation. He and his family suffered the consequences.

From the article:  Two weeks into his detention, Naji’s jailers escorted him from his cell into a clean, bright room, where at last he saw a familiar face, a fellow American. It was an FBI agent he’d met with in the past. The agent told Naji that he could end his nightmare. “Help me help you,” he said.

And here is a transcript and audio of FBI agents interviewing Mansour.