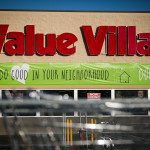 Francesca Lyman for InvestigateWest: Savers, Inc., does more than $1.2 billion in business annually, turning it into the biggest player in the growing for-profit thrift store industry. But Savers’ claims about doing good for charities appear to be vastly overblown.  Sometimes Savers’ charity partners have received less than 5 percent of sales revenue on goods donated on their behalf; overall, only between 8 percent and 17 percent of the company’s revenues end up with charities.

[Reporting sponsored by the Nicholas B. Ottaway Foundation and The Ethics and Excellence in Journalism Foundation.]