WASHINGTON, DC, June 7, 2022 – The Fund for Investigative Journalism today announced that it is launching the Daniel S. Greenberg Fund for Politics of Science Investigations to support journalists covering the field of science critically.

Greenberg pioneered a rigorous, witty, often biting style of journalism that subjected science to the same investigative scrutiny as other interests and issues. He served as editor of the News and Comment section of Science magazine, a leading research journal, from 1961 to 1971. He launched his own influential newsletter, Science & Government Report, in 1971, and wrote several books on science policy, including the classic, “Politics of Pure Science,” in 1968.  He also wrote a monthly column for the New England Journal of Medicine from 1974 to 1980 and the Lancet from 1980 to 1989, as well as a regular op-ed column for the Washington Post and other newspapers from 1975 to 2002. Greenberg served on the board of the Fund for Investigative Journalism for many years and was board president in 1985 and 1986. He died in 2020.

The new fund in his honor at the Fund for Investigative Journalism will be used to support grants to journalists for investigative stories that rigorously examine the field of science, hold scientists and researchers accountable, and uncover political and corporate influences on scientific funding and research priorities. These grants will be made during the Fund for Investigative Journalism’s existing grant cycles, using the same criteria, application and review process as all of the Fund’s regular grants. Details on grant cycles, eligibility and the application process are online here: https://fij.org/apply-for-a-grant/.

The Daniel S. Greenberg Fund for Politics of Science Investigations was started with a donation from Wanda Reif, an attorney in Washington, DC, who was married to Greenberg for more than 40 years. Reif collaborated to develop the fund with Greenberg’s friends and colleagues, including Philip Boffey, former science and health editor and deputy editorial page editor of the New York Times.

“Throughout our 53-year history, we’ve always supported science-related investigations. Our new fund, honoring Dan Greenberg, who was a superb science writer, will help us continue this work and honor his extraordinary legacy,” said Bill Marimow, board president of the Fund for Investigative Journalism.

For more on Greenberg’s work, see his obituaries in the Washington Post, New York Times and Science. 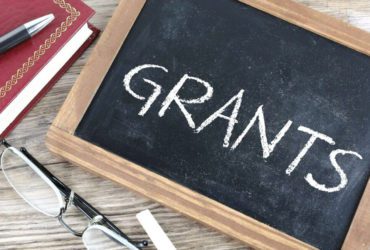 We are delighted to announce the newest group of journalists ...