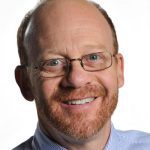 Eisler’s journalism has won an array of national honors, including the Gerald Loeb Award, the Hillman Prize, the duPont-Columbia Award, the Edgar A. Poe Award from the White House Correspondents’ Association, and several National Press Club awards. Before joining Reuters, Eisler spent more than two decades as an investigative reporter at USA Today. In addition to his work with FIJ, he is a volunteer instructor with the News Literacy Project.