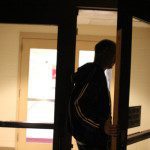 From the Kentucky Center for Investigative Reporting: a proposal has been filed in the Kentucky General Assembly to shed more light on state jailers who have no jails to run. The bill would require regular reports of “all official duties performed” by jailers. The proposal was filed in the wake of the Center’s story revealing that a third of the elected jailers in the state’s 120 counties had no jail to run, yet earned annual salaries ranging from $20,000 to nearly $70,000.