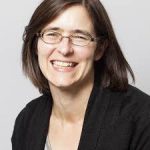 Stephanie Mencimer covers legal affairs and domestic policy in Mother Jones‘ Washington bureau. She is the author of Blocking the Courthouse Door: How the Republican Party and Its Corporate Allies Are Taking Away Your Right to Sue. She appeared in the documentary “Hot Coffee,” which premiered at the Sundance Film Festival in 2011 and was based in part on her book.

In 2000, she won the Harry Chapin Media award for reporting on poverty and hunger, and her 2010 story in Mother Jones on the collapse of the welfare system in Georgia and elsewhere won a Casey Medal for Meritorious Journalism. She is a graduate of the Loyola Journalist Law School program and a former Alicia Patterson Fellow, and has been a lecturer at Georgetown University.