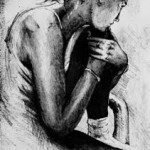 Peter Byrne, writing for Point Reyes Light, has dug into the math and science that created the myth of a disturbing breast cancer cluster plaguing well-to-do women in Northern California. He reports on the myth, and the money that sustained it, in a continuing series.

Part three: The role of the media.

Part six: The perils of screening.

Part eight: How to pay the bills.

[Reporting sponsored by The Gannett Foundation.]