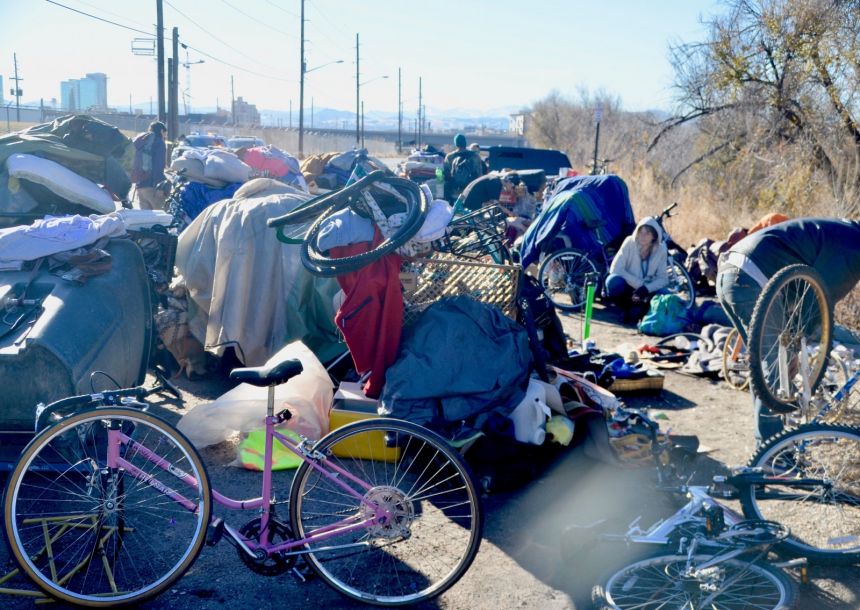 FIJ grant recipient Rob Waters looked at the growing influence of Business Improvement Districts (BIDs) in cities across the country, and how they are used to restrict homeless people from downtown areas. His investigative feature for Next City, No Place Left to Go: Business Districts Keep Homeless Populations on the Move, focused on Denver, where downtown business interests have long influenced development and management of the urban core. Redevelopment projects and “slum clearance” came first, followed now by the creation of BIDs, which collect property assessments and manage key aspects of public space.

Waters reports that an industry has grown up around BIDs, including contractors that provide private security “ambassadors” to patrol business districts. Some use a proprietary phone app that allows “ambassadors” to set up a Persons of Interest Database with entries for “panhandler, street performer, vendor, homeless individual.”

In an earlier story in San Francisco Public Press, Waters looked at a report on California BIDs by law students at UC Berkeley School of Law.

In response to an “urban camping” ban passed by the Denver city council, police broke up an encampment of people experiencing homelessness near Coors Field. Photo by Rob Waters