David Armstrong’s investigation for The Atlanta Journal-Constitution uncovered dangerously high levels of lead in the soil of a westside community in Atlanta and a lack of testing for residents, especially children.

The mostly poor, largely African-American community detailed in his report was designated as a “Superfund removal action,” by the federal Environmental Protection Agency (EPA), yet residents found little help in the way of testing by local or state health officials.

With a grant from the Fund for Investigative Journalism, Armstrong filed open-records requests and worked with Georgia Health News and Georgia News Lab to follow the EPA’s plan for lead removal. What they found was concerning.

The EPA didn’t have the money they needed, nor the access to residents to ensure comprehensive testing and removal. According to the report, EPA agents would need help from local and state officials to successfully replace the contaminated soil and test residents. But officials were slow to act and residents were left to find testing on their own. As a result, hundreds of families continued living in dangerous conditions.

That finally changed after Armstrong’s reporting was published. In the aftermath of his stories and continued calls for help from residents, in the summer of 2020 officials began removing soil from Atlanta neighborhoods that were contaminated with dangerously high levels of lead. The federal government also allocated $1.8 million to remove the contaminated soil, starting with homes where children under the age of 6 live and added an estimated 690 homes to the next area to be tested. 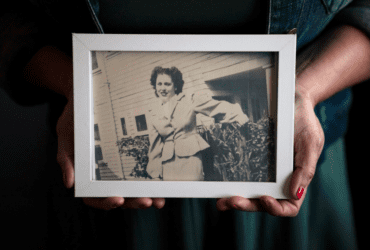