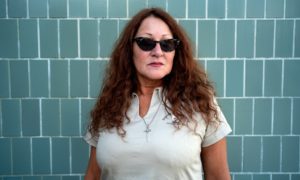 At the Los Angeles County Century regional detention facility for women, former and current inmates say prison deputies submit prisoners to a range of sexual abuse acts—from overt assault to more subtle misconduct.   A recent federal audit found the jail, located in Lynwood, a small city adjacent to Compton and Watts, to be in violation of federal sexual safety laws, and found evidence of “serious and troubling allegations of sexual abuse and sexual harassment.”

But in her story in The Guardian, The California Jail where Women Say Guards and Medics Preyed on them, which was also published by WitnessLA,  Lauren Lee White, describes an even more toxic abusive culture where guards and other officials promote subtler encounters and behavior: Prisoners who flirt get extra food, and others who engage in exhibitionism get more time outside their cells.  This behavior is harder to track than overt sexual assaults.