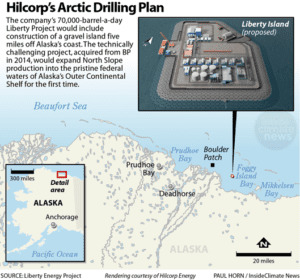 InsideClimate News delved into the regulatory record of the energy company Hilcorp, a Houston-based firm that has kept a low profile despite being one of the country’s largest privately held oil and gas producers. As Hilcorp makes plans to drill in the Arctic, InsideClimate reviewed thousands of pages of government documents and conducted interviews with industry experts and watchdogs. The investigation by InsideClimate portrays a company that critics say prioritizes an aggressive expansion in Alaska while repeatedly falling short on safety and environmental protection. A version of the story was also published in the Dallas Morning News.

[Funding for this project was provided by the Park Foundation.]
Bobby Calvan January 24, 2018