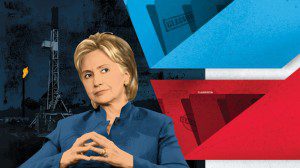 From Mariah Blake, for Mother Jones, the story of “energy diplomacy” that promotes drilling in foreign countries.

“Clinton then sent a cable to US diplomats, asking them to collect information on the potential for fracking in their host countries. These efforts eventually gave rise to the Global Shale Gas Initiative, which aimed to help other nations develop their shale potential. Clinton promised it would do so ‘in a way that is as environmentally respectful as possible.’ But environmental groups were barely consulted, while industry played a crucial role.”