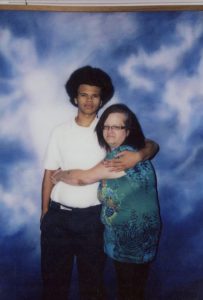 In a story for The New Yorker, FIJ/Schuster diversity fellow Lisa Armstrong reports on the movement to end solitary confinement for juveniles. Her piece, “A Teen-Ager in Solitary Confinement,” chronicles the plight of Jermaine Gotham, who was sixteen the first time he was locked in “the box” in an upstate New York county jail. In 2016, President Obama banned solitary confinement for children in federal prisons. Several states, including California and Massachusetts, have either ended the practice or set limits for state prisons. But in other states, juvenile solitary confinement continues. Even where reforms are underway, local jails typically determine their own rules.

Photo of Jermaine Gotham courtesy of his mother, Angelena Morris, who is pictured with him.

[Funding for this story and the FIJ/Schuster Institute diversity program was provided by the Ford Foundation.]