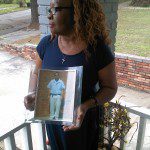 From David Krajicek for The Crime Report, an investigation of long sentences that test the question: how much punishment is enough? Focusing on Aaron Johnson of Alabama, convicted after a fourth trial for a 1994 murder, Krajicek writes: “His story is an example of the enduring after-effects of the politicization of American justice through legislated sentencing mandates. A generation ago, experts say, Johnson likely would have served fewer than 20 years for a comparable crime. Even today, he would be parole-eligible in many states.

“Instead, he is caught in the country’s lifer bubble, roughly 175,000 strong and growing—a neglected remainder of the lock-‘em-up frenzy of the 1980s and 1990s. The number of lifers today is comparable to the entire U.S. prison population in 1968. The racial imbalance is striking: Half of all lifers are black, four times the percentage of African-Americans in the U.S. population.

“Yet so far lifers have been excluded from reform discussions, even though the country’s long-term prisoners are the core constituency of the methodical mass incarceration that is widely viewed as racist and ineffectual.”