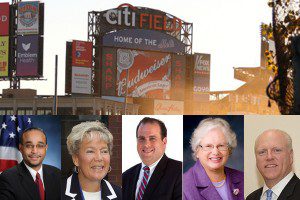 From City Limits, a report on New York campaign consultants who help elect, then lobby their candidates.  An excerpt: “The firms that both consult and lobby turn the typical pay-to-play concerns of government watchdogs on their head. The issue here is not who’s giving money to a campaign, but who’s receiving candidates’ money—in exchange for valuable help. Consultants are, according to political observers, vital components of any operation: They are in many instances the quarterbacks of campaigns, plotting get-out-the-vote efforts, crafting media strategy and exploiting the weaknesses of the opposition. By accepting or rejecting a client, skilled consultants can significantly affect the odds of a campaign succeeding.

‘When a firm helps someone get elected to office, that firm may have an easier time getting access to that office when they’re trying to influence how they’re going to vote on a particular issue,’ says Bill Mahoney, the New York Public Interest Group’s legislative research coordinator.”