More than two decades ago, a group including the white sheriff of Limestone County, Ala., rustled and slaughtered more than 60 head of cattle owned by Michael Stovall, a black farm 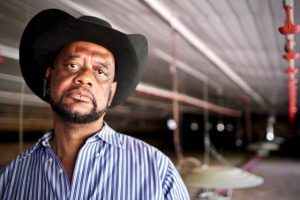 er. They then dumped the carcasses into graves dug up on the farmer’s land. That was the finding of a Department of Agriculture special investigation. But the culprits remained free, and the farmer went to jail because officials accused him of starving the animals to death.

FIJ grantee Katti Gray delves into this story and others that look at how the USDA has engaged in actions that have eroded black farm ownership.

Michael Stovall inside a chicken house that was to be part of a USDA-financed farm expansion that never happened. Photo by Katti Gray