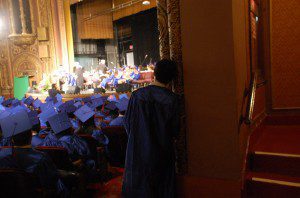 From Rong Xiaoqing, for Sing Tao Daily, translated into English for Voices of NY, a deeply reported story of the mental health consequences for some American students at one highly competitive high school in New York City.

An excerpt: “For many academically competitive students, Stuyvesant is the ultimate goal. But once you get in, everyone is so competitive. You have to stay at the top in order to get into Ivy Leagues. But not all students can stay at the top. Some of them will show symptoms of depression, adjustment disorder, hopelessness and withdrawing,” said Peter Yee, Deputy Director of Hamilton Madison House. Yee said the youth mental health program of his organization every year serves a few students from Stuyvesant (which, like the organization, is also in Downtown Manhattan). He says he gets more Stuyvesant students than from any other school, though he won’t give specific numbers.