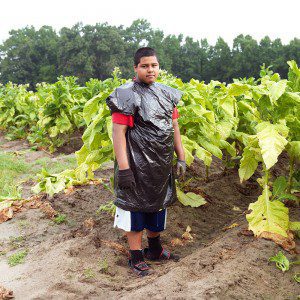 From Rocco Rorandelli for CNN World, the story of teens working in American tobacco fields.

In many states, children as young as 12 can legally work on a farm as long as it’s after school and they have their parents’ permission.

“It doesn’t specify whether the farm is producing corn or tobacco, but … the kid who works in a farm that produces corn is exposed to much less than a kid working a farm that is producing tobacco. And this is important to know,” Rorandelli said. “There is no differentiation, but there should be.”