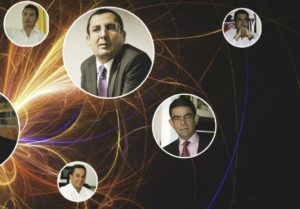 A team of 18 reporters from 11 national and local publications across Colombia launched an ambitious investigation into the work of 20 local comptroller’s offices (hipervínculo en español) and the apparent conflicts of interests in the auditing of government agencies and the public treasury. The investigation, led by Colombian NGO Consejo de Redacción and published by El Espectador, found that comptrollers’ offices sometimes employed people who are being investigated or who have close ties to governors, mayors and other officials who are supposed to be under scrutiny. What’s more, comptroller’s have signed off on contracts worth hundreds of thousands of U.S. dollars that involve relatives or close associates. The investigation reveals a system that has few checks and balances to prevent abuse.

[Funding for this story was provided by the Reva and David Logan Foundation.]