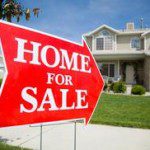 Leading up to the 2012 elections, Facing South, the online journal of The Institute for Southern Studies, investigated energy politics in North Carolina, producing dozens of reports. Among their findings: the negative impact on home values from gas drilling in communities dependent on well water, the dangers that fracking poses to workers, and efforts by utilities to pass expensive costs of new nuclear reactors on to consumers. Because of coverage by Facing South and other media outlets, the push to approve fracking in North Carolina was met with heightened media scrutiny and questions from state lawmakers and the public. In the end, the law lifting the state’s fracking ban was passed by a single vote cast in error.