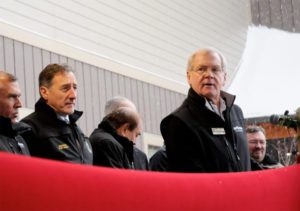 Allegations of fraud have long clouded a ski resort in northern Vermont, including allegations that developers misused $200 million in immigrant investor funds raised through wealthy immigrants seeking special U.S. visas. VTDigger began reporting on these allegations two years before the Securities and Exchange Commission brought charges against the developers last April in what VTDigger reports is now the largest EB-5 immigrant investor fraud case in the nation’s history. In its investigation, VTDigger found that the division of state government charged with monitoring the EB-5 program in Vermont did not properly oversee the Jay Peak projects and that top elected officials promoted the developments to overseas investors despite allegations of fraud dating back to 2012.